The presentation is devoted to the description of rather new mathematical objects – namely the system with anticipation in operational research context. Mathematically such objects sometimes frequently have the form of advanced equations. Since the introduction of strong anticipation by D.Dubois the numerous investigations of concrete systems had been proposed. Some systems with anticipation had been considered earlier. But further development of the theory of anticipatory systems depends on the investigations of new examples of systems with weak and strong anticipation and their new applications and interpretations. So in proposed lectures the new examples of distributed and concentrated models with anticipation had been considered – namely cellular automata, dynamical systems and neural networks etc. It is proposed the mathematical formulation of problems, possible analytical formulas for solutions and interpretations of presumable solutions. Complex behavior of such solutions is discussed. The main distinctive feature is presumable multi-valuedness of the solutions. Synchronization problems also are discussed. Some consequences for computational science are proposed. Presumable role of ‘grossons’ in such models is discussed. A number of applications of proposed models are described. A list of further research problems is proposed. The general questions of risks and sustainability representation and evaluation are considered. Some aspects of formalization of complex social systems are discussed that may provide the possibility of introduction the definitions of risks and concepts for evaluation of risk in such system. Proposed concepts for modeling allow filling the gap between the evaluation of risks in pure technical systems and attitude for risks by population. Anticipatory aspects and presumable paths of the system had been considered in risks and sustainability evaluation. Sustainable development is considered as the example of one of important process for different levels which need risks evaluations.

Materials of the course 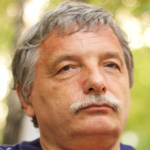 Email:  This email address is being protected from spambots. You need JavaScript enabled to view it.