Automatically generating descriptive captions of images has long been regarded as a challenging perception task that integrates visual perception and the ability to understand language. One not only needs to correctly recognize what appears in an image, but also must use a natural language such as English to describe the interaction of the observed objects.

In this project, we will gradually go through from the distributed representation of words to the recurrent neural network language models. You will have an opportunity to implement an image description generating model which is based on convolutional neural networks and neural language models. 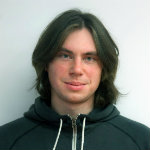